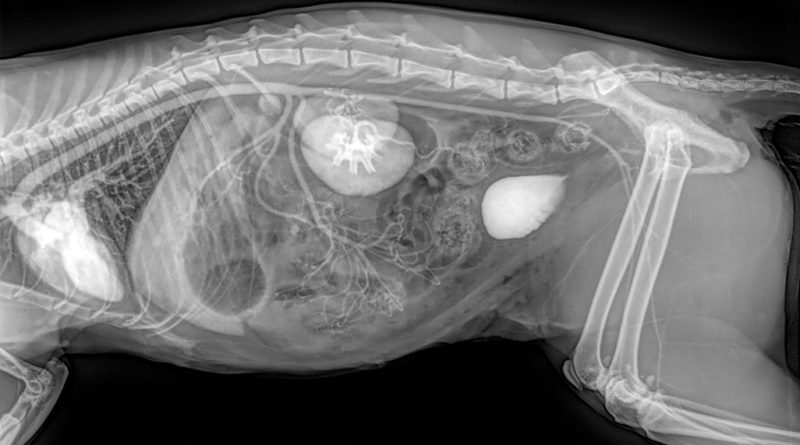 Overall radiographic image formation is primarily a function of two geometric factors: magnification and penumbra. The i72 variable 40” – 72” SID in both vertical as well as horizontal planes overcomes both. 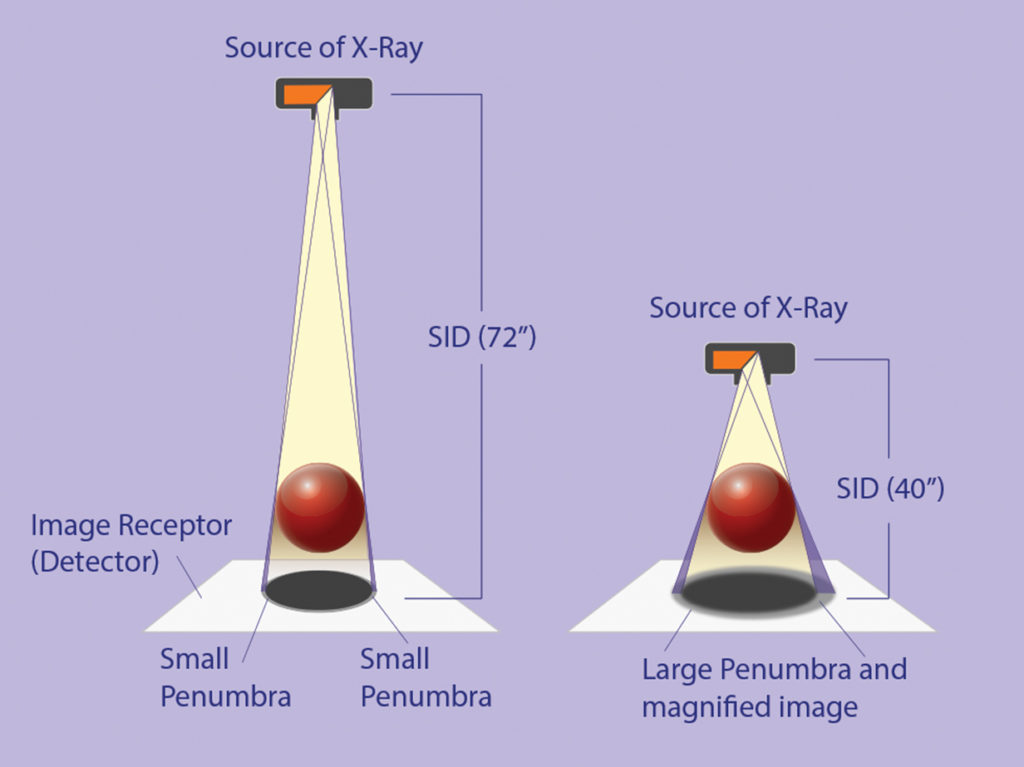 While magnification does not negatively impact radiographic quality, if absolute measurement of size is important or a greater field of view is required to capture more of an anatomical structure then a fixed 40” SID can provide, the i72 variable SID facilitates the capture of a complete extremity, for example, from shoulder-to-paw or hip-to-paw or by minimizing x-ray beam divergence that causes magnification.

Additionally, the i72 variable SID reduces the effect of penumbra on image sharpness. As SID increases, the blurring effects of penumbra on image edge sharpness is reduced as a result of a more parallel x-ray beam imaging fine anatomic structures such as lung vascularity, bone trabeculae or, in particular, bone lesion margins. Radiographically, the sharper the lesion margin between normal and abnormal bone, the more likely the lesion is benign.

During emergent care for animals in respiratory distress, obtaining radiographs is important but recumbent views only exacerbate the problem as the animal labors to breathe. If images are immediately required for a more concise clinical diagnosis, the i72 horizontal beam capability helps secure right and left lateral images in the upright position thereby reducing further breathing difficulty precipitated by recumbent positioning.

“The i72 digital radiographic table is the first x-ray system that actively allows Veterinarians to use X-ray beam geometry principles to their advantage”, said Bill Nicholas, Director of Marketing and Corporate Communications. “Instead of being bound by these principles, they may use them to improve their ability to make better diagnoses”, he finished